Why Choose SMS: 37 Stats To Show You The Impact of SMS Marketing On Your Business 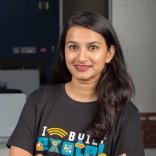 SMS to customers: To send or not to send?

This is one of the most common problems for marketing, customer service and operations leaders. Their decisions are often clouded by doubt, myths and fears around SMS marketing, its effectiveness, spam, compliance etc.

This blog post brings clarity to SMS marketing and text messaging. We list the top research-based statistics about texting to help you decide whether you need an SMS strategy, what messages to send, how, when and why you need them.

1. 5 billion people across the world own mobile phones

The GSMA mobile economy report finds that five billion people across the globe use mobile phones, over 50% of these on average using smartphones, connected to the Internet. (Source: GSMA report)

2. India will represent 35% of the next billion mobile connections

Meta, Facebook’s parent company, estimates that the next billion mobile connections will belong to Indians, representing a massive market for brands. (Source: Meta)

3. Only 24% of Indian mobile phone users have a smartphone

While cell phone adoption is growing rapidly in the Indian subcontinent, not all of them are smartphone users or Internet subscribers. Many still use their mobile phones for calls and SMS alone. (Source: GSMA report)

Nearly half of the smartphone-using population consumes content in one of the 22 widely-spoken Indian languages. By looking beyond English-language communication, brands can reach a wider market across tier-2/3 cities and rural areas. (Source: Meta)

Last year, nearly half of all mobile phone users sent text messages through an over-the-top app. WhatsApp is the most used messaging app, while others, such as Telegram, Facebook messenger etc., are also gaining popularity. (Source: Statista)

Asurion finds that Americans check their phones once every ten minutes, a 20% increase from just two years ago. In addition, the demographic of 18-24 years of age checks their phone twice as much as the national average.

7. 67% of consumers check their phones within 5 minutes of waking up in the morning

The pandemic has brought customers closer to their cellphones, with 67% of users checking their phones within 5 minutes of waking up and 35% immediately. (Source: ZipWhip)

8. Indians spend 5 hours a day on their mobile

India saw 655 billion hours spent on mobiles in 2021, five hours a day for each mobile user. While a significant portion of this was on video, shopping etc., Indians spent about 19.8 hours every month on WhatsApp. (Source: App Genie)

9. Globally, mobile users prefer text over any other form of communication

Across all age groups, users prefer texting over talking. Even Baby Boomers, who are considered to be traditionally text unsavvy are 7x more likely to text than talk in person and are 2x as likely to send a text instead of calling. (Source: Asurion)

10. Millennials and GenZ in India prefer texting over voice and video calls

Preference for text messaging has snowballed since the pandemic among young Indians. In a study by Neilsen, 70% of respondents said that their chatting has increased in the last six months and will continue to do so. (Source: News18)

12. For the text-savvy audience, text is more than just text

The Neilsen study also revealed that millennials and GenZs regularly include emojis, stickers and GIFs while sending text messages.

Texters expect near real-time communication with SMSes. A Google study found that receivers feel pressured to respond to text “immediately or within a reasonable amount of time,” which can be as low as 20 minutes.

14. Even the elderly prefer SMS

Typically, mobile-based communication is a channel for the young population. However, a study by AARP Research finds that 50-69-year-olds prefer text messaging over email to stay connected.

15. 58% of customers prefer businesses to text them

When offered a choice between text, phone calls and emails, most customers say that text is the best way to reach them quickly. (Source: ZipWhip)

16. 65% of customers feel secure interacting with brands on SMS

85% of those surveyed by Klaviyo said that they had been contacted by a brand on SMS recently. And a majority of them felt safe with their interaction.

17. 52% of customers prefer text as their customer service channel

When the option is available, 52% of customers prefer text conversations over existing methods. (Source: HeyWire Business)

18. 31% say it is “important” for text as a customer support option

Even when organisations have a phone, email and social media as their customer support channels, nearly one-third of customers expect text-based support as an option. (Source: HeyWire Business)

20. If you text them, they are more likely to choose you

Customers said that they are likely to choose a brand that sends them text messages across categories:

We’ve seen that customers prefer text as their customer support channel. But a majority of young customers admit that they are likely to switch service providers to offer text-based support. (Source: Avochato)

22. 69% of customers prefer unfamiliar companies to text them

Customers are more forgiving of unfamiliar brands when they text instead of call. 69% of them preferred to be texted by unknown companies. (Source: Avochato)

Nearly half (46%) of consumers say they would like the option of paying a business by text if done securely. (Source: ZipWhip)

Nearly half of respondents in a survey admitted that the ability to send SMSes back to brands is useful and adds weight to Forrester’s finding that “quantity of marketing messages has often trumped the quality.”

25. Customers will opt-in to SMS marketing for relevant messages

With the technology change, the average SMS sent daily has reached 1 billion. Businesses are hopeful that this will continue to grow. (Source: Economic Times)

TRAI implemented a blockchain-led solution to weed out spam and fraud in March 2020, which resulted in a glitch, becoming a cause of concern about the new system. However, commercial SMS traffic has witnessed double-digit growth since then, with over 40 billion monthly SMSes. (Source: Financial Express)

The banking sector generates over 40% of SMS traffic. Most of these are transactional and OTP-based SMSes mandated by law. (Source: Financial Express)

30. Retailers are increasing their SMS marketing budgets by 50%

Among all marketing channels, retailers are expected to increase investment in SMS marketing by 50%, even as they’re reducing budgets for other channels. (Source: Commerce Next)

31. 80% of customer service organisations will abandon native mobile apps in favour of messaging by 2025

SMSes perform much better than on all key performance metrics. For example, Gartner finds that the open rate for SMS is a massive 98%, while only 20% for email. In addition, the response rate for SMS is 45%, while a meagre 6% for email.

A follow-up SMS asking people if they’ve opened their email can help increase conversions significantly. Janna Land of direct-to-consumer (D2C) food retailer FarmFoods, Inc., said that after texting customers who had stopped engaging with their email marketing, they drove $4,000 of sales in less than 24 hours. (Source: eMarketer)

36. E-commerce makes most sales from SMS

Customers are less willing to look for deals on websites, emails, social media etc. They prefer that the deals directly come to them via SMS. This is why e-commerce businesses experience 98% open rates and 36% click-through rates. (Source: SimpleTexting)

If you’re still not convinced, see how Exotel has helped organisations across banking and financial services, education, e-commerce, logistics, healthcare, and IT transform their business with business SMS.

SMS
What is an SMS API, and what are its benefits?
The first SMS was sent on 3rd December 1992. In just thirty years, technology has become ubiquitous. Indian businesses are sending over a billion messages a day. Order updates, product promotions, OTP and authentication, security alerts, customer onboarding, reminders, etc., are just a few ways...

SMS
Promote customer trust via Verified SMS in partnership with Google
67% of consumers prefer texting with a business than email or phone call (Source: Zipwhip) Sam manages his own insurance company named Umbrella Insurance. A few days back, he noticed that a smaller player in the market was trying to impersonate them and send spam...