Did you fail the software you bought and spent time on?

Have you thought ever, whether the problem was in the software or in something else when you discarded a software? It is one thing to buy a software, but another thing altogether to implement it. If you are facing a problem on spending time in implementing a solution (I am assuming you understand the obvious benefits of software) in your team, hear from 5 industry experts who have done so in their respective teams and how you can take some tips from them.

1.”Start early in your company, so adoption is a MUST for everyone who joins later and there is lesser resistance”

2.”Explain to employees how the application benefits all, and also to them, since it helps them develop as individuals who understand new tools for their career”

3.”Results will not be immediate, one must be patient with an application”

4.”Involve feature updates, tweaks and improvements in application after feedback from the team, so they too feel ownership”

5.”Use external software as loose-coupled system i.e. integrate via API with it, so there is less dependency on the actual software causing issues to your in-house/own software”

6.”Pick the external software based on their upcoming road maps & strong community backing them”

8.”People may think of software as taking a part of their job away. This can be handled by demonstrating to them how their work is important and why they must focus on moving up the value chain and leave mundane things for computers to do”

9.”Learning curve – Software comes with a learning curve. Most employees are tuned for status quo rather than change. In the short term, It is easier to stick with what they were doing before than move to the new tools. This can be handled by demonstrating what the learning cycle is going to be and providing necessary training and allowance for mistakes”

10.”People don’t understand what benefits there are in moving to the new system – This can be handled by briefing what the problem is, the rationale behind the choice of software and how it is going to help get their job done”

11.”While software can increase productivity for a few people, it may decrease it for others – There may be extra steps in doing the same thing now. This can be handled by evangelizing how this change is good for the company and repeated communication reminding them of their obligation towards betterment of the company”

13.”As someone who’s failed at least twice (maybe more) in rolling out systems in multiple companies, I’d say the biggest challenge is cultural”

14.”Most software or system roll outs require some change in how we do things – and people really hate change”

15.”In my mind getting buy-in and whole hearted support from the team that’s going to use the system is the single most important step to successful roll out of any system”

16.”With particular reference to CRM, it is far more critical to think through the reports and use cases that users would need, than insist that all data – whether looked at otherwise or not, should be filled”

17.”Run the reports yourself, print them out, display in public – ask for them and review them in meetings, so that people know that the CRM is being used and the data is being used. This will ensure sustained attention and maintenance of the data.”

Make sure, you pick up some of these insights before implementing any software solution in your company or organization and make the whole process from choosing, trying, buying to implementing a success. 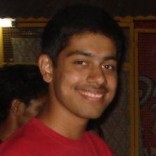