[Guest post by Sudhir Syal,  Founder and Editor of the Starting Up show on ET NOW]

I’m often asked what some of the secrets are to getting more start-up coverage on print or television. I think that question really should be re-phrased, are there any secrets to getting more media coverage for startups? Frankly, after flashing my memory though the over 1000 pitches I might have received in the 5 years in the trade, I don’t really think there are.

There is no one silver bullet. There are practices of course, practices one can follow. And as an old professor of mine used to say, ‘some practices are better than others’. But again not one practice, and often it’s ‘how’ you use some of these practices that are most important.

Let’s see what some of them are: Being a journalist at a start-up event is a lot like being a hot blonde in an all men party. Before the journalist goes back to his ridiculous deadline and his measly pay, it’s an all empowering feeling. Entrepreneurs pitch all sorts of things to him using the old adage ‘Throw everything, something will stick’. Frankly, with over 50 start-ups using the same formula, the wall is over-crowded and things seldom do.

Instead, listen to the journalist and in some ways make him pitch. After that’s done, add your story as an extension to his. For example, if he were to say, “I cover the mobile space, and my last story was on mobile gaming”. Add to it by finding a link with your mobile app. Else, speak about some of the other entrepreneurs you know doing interesting work. This as opposed to blatantly pitching your story regardless. Often, journalists come into an event or an interaction in the middle of an unfinished story and the question “What are you working on presently?” could yield surprisingly positive results

Often when an entrepreneur meets a journalist, he thunders him with a bunch of numbers. “And now we have 200k uniques on our site, with 400 paying members”. Is that good or bad? Frankly, the journalist doesn’t know but nods to ensure he doesn’t come across as stupid. What finally happens is that both the pitch and the entrepreneur are forgotten.

Instead, the pitch should really be centered around a demo of the product. Even If it’s a general chat, bring it to the demo, it’s what you know best and will help the journalist gather his thoughts. Then discuss and showcase, how your product does something rather than ‘what’ it does.

3. Relate to the journalist

I’ve seen this many times, an entrepreneur will try and explain something to someone from the media and the journalist will say, “Ah yes, it’s like this other product but with video”. The journalist won’t be too far from the truth, but the entrepreneur to come off as all conquering will completely deny this and go on to re-explain his product all over again leaving everyone confused.

Some of the most media-friendly entrepreneurs I’ve seen are those who have a point of view or a connection regardless of the topic. Be open to sharing and don’t expect anything back in return. Help with data, facts, images, links; anything. You will be paid back manifold.

Unfortunately, most journalists are ‘hard-wired’ for exclusives. The truth is if you’re an entrepreneur, giving the journalist an exclusive isn’t your biggest priority. It seldom works to your advantage anyway. Besides, apart from random rumors about a company getting acquired, the biggest exclusive you can offer is on your fundraising. If in fact you are raising funds, you want everyone to cover it, not only one paper. So throw the ‘exclusive’ out of the window.

What you should do however is create an ‘exclusive spin’. Mine your user-base for important trends, come up with a paper on an interesting development. One gaming entrepreneur for instance once gave me a ‘spin’ on how a lot of his games were being played by jawans on the border; what a great story. Yes, it’s an exclusive. And everyone is happy!

6. Become a ‘thought-leader’ in your field

It’s important to understand that as a journalist covering start-ups, there are broadly 3 types of stories. A start-up ‘profile’ story, An industry trend story and something that is often a response to a current news development, let’s refer to it as a ‘current’ story. After a company has been covered for a ‘profile’ and ‘industry trend’ story, he is discarded. Unless, unless of course the entrepreneur is knowledgeable. The journalist then also goes to him for every ‘current’ story, this could mean the difference between two press mentions in the year and eight or even more.

The best way to do this is to yourself be up to date not only with what is happening globally in the industry, but also what is being covered. Look for the gaps, unearth them. This is your opportunity.

7. The Deadline is always ‘NOW’

Too often, a journalist will ask an entrepreneur for a quote or try and fix an appointment with him for a byte and the entrepreneur will say, “Let me just get back to you”. More often than not, the entrepreneur will get back later in the day, but it’s just too late. By then, the journalist has got a quote / byte from someone else and made the structure for the story. Later in the day even if you are the better person for the said story, chances are you will not get a look in since that would mean changing the rest of the story depending on what you might or might not say. Too much work.

Instead, try and give him what he wants there and then. Won’t take you more than 2-5 mins. Then you can always say, let’s have a chat little later if you’d like a more elaborate view. The journalist has your view and suddenly you could be the key person in the story since he spoke to you first.

8. Freebies are not a good idea. In most cases.

The worst thing you can possibly do is offer a journalist a free gift. The good ones will never accept and the bad ones you shouldn’t care about, worse still they will tell everyone you offered a bribe. Privileged access for a limited duration to a product, perhaps but gifts never.

What you can do however when a journalist meets you in your office is offer them food. Nothing fancy, a pizza, something to drink will always work. A good journalist is almost always on the road for over 50% of his day and is almost always hungry and thirsty. Treat him well, he will stay longer too. The surest way to a journalist’s article is through his stomach.

9. Research and reports are your friend

Whichever industry you are in, you have the potential to come up with research or a ‘point to’ source which are a great source of PR. Some of the best examples I’ve seen are Pinstorm’s Top 100 influential people resource on Social media which simply combines scores from Klout, Peerindex and Kred to come up with this listing. Results – articles from NY Times and HT. Another great example is what Komli does with its Vizisense report on the web in India, another great source of media

Too often, we get caught up with stories on our business that we forget that journalists are also often looking at off-beat, what they call ‘color’ stories. One great example was the Snapdeal.com village story which got featured on Techcrunch. As it says, they spent a total of 5000 USD on a CSR initiative, which got them media worth far more. You needn’t invest 5000 USD, there always stories around you. Look around!

Finally, remember it’s a continuous learning process. Continue to experiment, the cost of failure is low and when something works for you, stick to it. More than anything, build meaningful relationships with journalists , show a genuine interest in their work and respect them. You can never go wrong! Before committing the unpardonable sin of doing a MBA, the author was the Founder and Editor of the Starting Up show on ET NOW. He has covered over 400 start-ups on television and print across India and the Silicon valley. 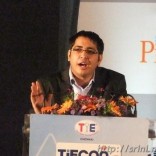 Blog Culture
8 Startup Challenges Every Entrepreneur Should Be Aware Of

Harbouring an idea in your head is one thing. Taking the leap of faith to execute, nurture and grow the idea is an entirely different ball-game. It calls for a new tribe of people that we call –  Entrepreneurs. Fortunately, this breed seems to be…

“There’s always room for a story that can transform kids to another place and broaden their imagination.” Bedtime stories have played a pivotal role in shaping our development process as children. One of the most beautiful early memories for a child is snuggling with a…