How LokSatta used Exotel during the Karnataka Legislative Elections 2013

We caught up with Gokul Janga, a technologist, with a strong belief that political awareness and involvement is a fundamental requirement for a better society. How did the idea of using Exotel come up?
Being a core technologist, I have always found it interesting to use technology over social causes. I was aware of cloud telephony as a concept and was curious to understand how this can contribute to the Election Campaign for Dr. Ashwin Mahesh. I met you folks at Exotel and I had a found a solution. What problem were you trying to solve and how did Exotel contribute?
I was coordinating the campaign for the Loksatta party candidate, Dr. Ashwin Mahesh, who was contesting the Bommanahalli, Bangalore assembly constituency in the 2013 assembly elections in Karnataka.

A bit of a background. On election day, the candidates and their parties are allowed to set up their own booths outside the Polling station, while adhering to certain rules and regulations of the Code of Conduct posted by the Election Commission. Though optional, these ‘polling day booths’ are traditionally treated by all candidates/parties as one of the most critical elements of the entire campaign, as they are believed to provide the parties with a chance to reinforce their image, impress the voter with a ‘show of strength’ and ensure ‘mind recall’ at the supposedly crucial time period – as the voter goes to cast his/her vote. In particular, a critical aspect of these booths is that they serve as Help Desks where voters can verify whether their names are in the electoral rolls and whether that particular polling station is the one that they are expected to cast their vote in.

In light of the above importance of the ‘polling day booths’, our campaign team was determined to set as many up as possible, but the task looked almost impossible for a variety of reasons. To start with, the polling stations were spread across 70 different locations across the constituency. We had a small campaign team and even with a bare minimum of about two people at each of these stations, we would be way over extending our volunteer strength. Even if we did manage to field that many, we could expect most to have had no prior experience with the polling day procedures, necessitating some kind of hand holding and thirdly, for various reasons, we were not in a position to ensure that all the volunteers at the booth had access to physical copies of the necessary voter related information, with which they could guide those who seek their help.

We turned to technology for help. Our plan was to set up a central team with access to all necessary information on their laptops and reliable access to the internet. The volunteers outside the polling stations would then just have to contact this central team to both coordinate the polling day logistics and when answering queries from voters who seek their help. We needed a single number that the volunteers could use and if needed even hand over to the voter who needed help with finding her name in the voter list. This essentially was a ‘call center’ and we needed a quick, reliable and importantly, a cost effective way, to get one going. I used Exotel !. On the polling day, we managed to set up volunteer tables at about 60 locations and the response from the volunteers, about the usefulness of the solution, made my day! Many were amazed that we managed to pull this off in such a short time.
My thanks to the Exotel team for an innovative and flexible platform that made this possible. I have already recommended it to a couple of people I know and I can also see it becoming an important tool in our future campaigns. What other ways do you see Cloud Telephony being used for Political awareness?
The fundamental use cases are

We have seen Cloud Telephony technologies being used far and wide in the western political campaigns, what’s stopping India from getting there and how do you see it playing a role in the Elections to come?

SMS and Voice will continue to remain as the most important modes of communication and information dissemination for the electorate and the political parties in India. Cloud Telephony, by making it easier to create specific pathways of communication using these modes ( (call centres, SMS-based interactions etc) will be a super important tool for both the candidates/parties and the electorate, and may even prove to be the “winning edge” for those that utilize it effectively. 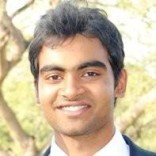 Blog
Call Center vs Contact Center: Which One is Better for Your Business?
Call centers and contact centers both exist for the same purpose - to resolve customer queries and provide customers with a reliable way of reaching a company. But the channels that they use to achieve this are different. However, modern call centers now have features...

Blog Product
How Exotel can Aid the Quick Setup of Telemedicine
Telemedicine has been there in India for a long time. We’ve all used apps like Practo, M-fine for consultations at some point in time. However, adoption was very limited when it came to traditional healthcare institutions. But that's changing.  Telemedicine (aka Telehealth) is the process...